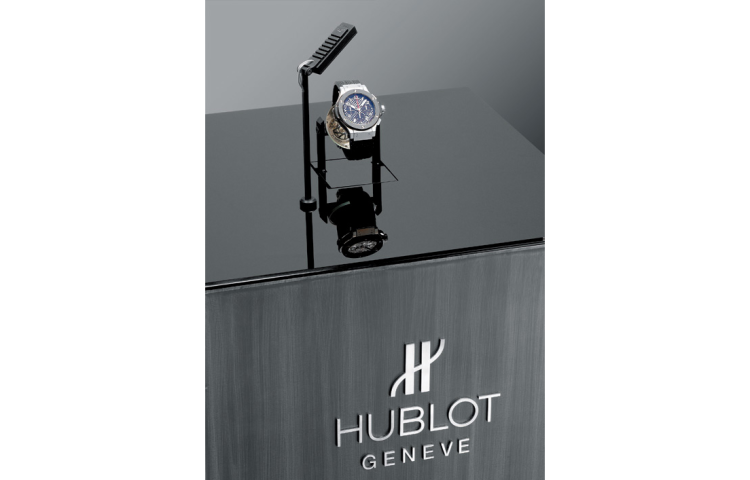 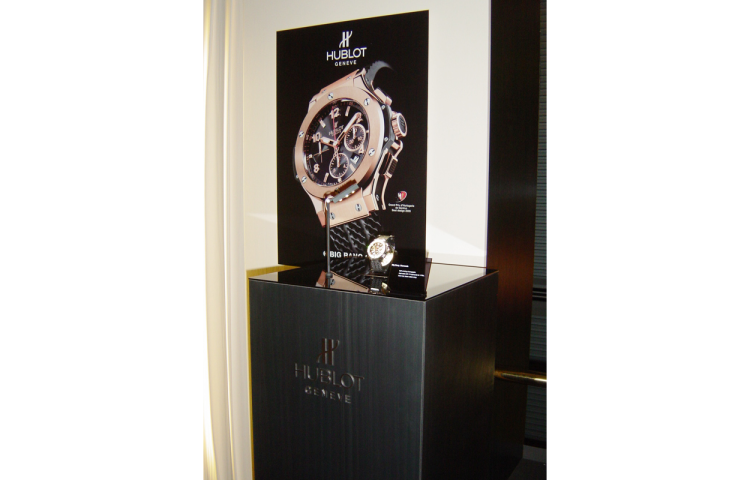 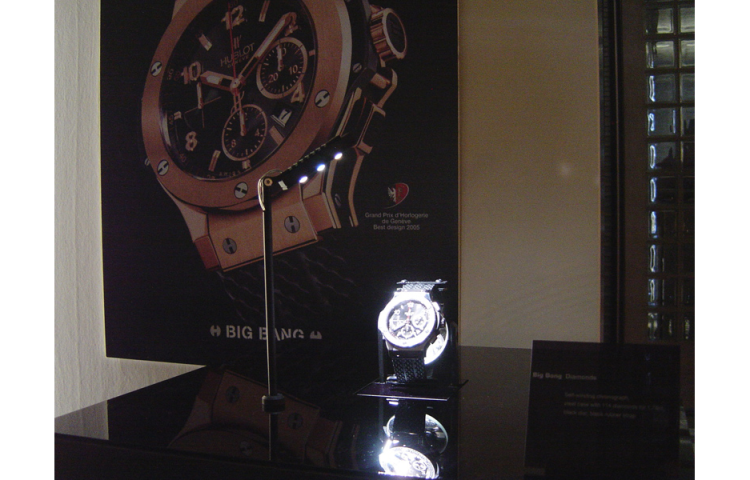 This display stand has no casing but won't in any way allow you to grab the watch. In fact, if a visitor was to come too close to the stand, an ingenious security system would retract the watch back into the base in 1/10th of a second.

The trapdoor shuts as the watch goes down. If there was a power failure, the watch would automatically be secured inside the base. The technology remains discreet and causes no interference for the viewers.

Introduced at 2006 BaselWorld Fair by renowned watchmakers Hublot, this system called Raptor has been widely acclaimed.

Commissioned by Dietlin – Artisans Métalliers, FiveCo developed the electronics of the Raptor that essentially manage the detection of intruders, the movement that takes the watch back to safety and the control interface. The mechanical parts were produced by BlueBotics. 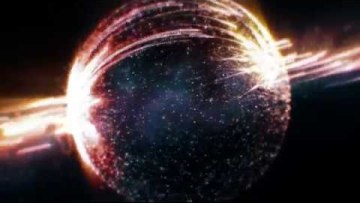 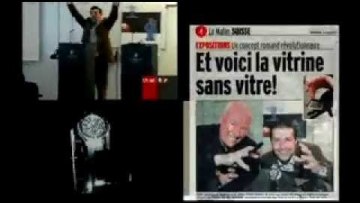 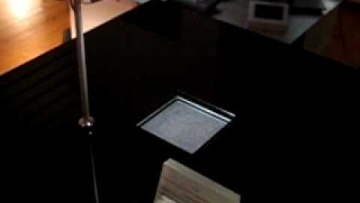